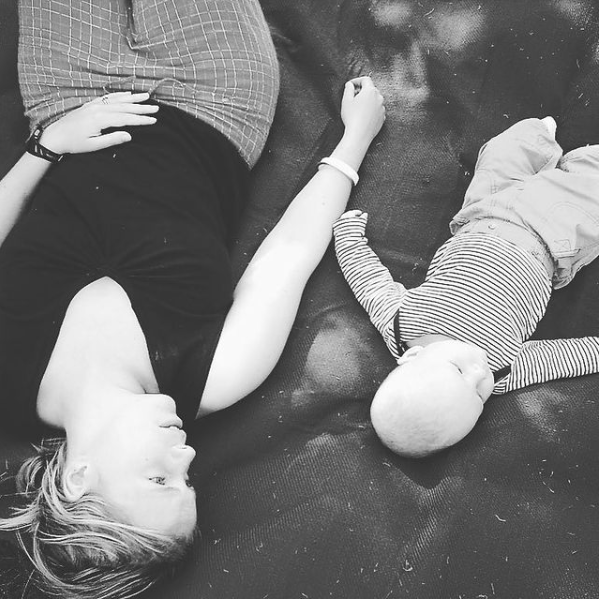 Some of you may know that I spent quite a lot of my pre-floristry working life writing for a living. I still do, from time to time, and some of it gets used by my clients, some of it gets published, and some, like this bit here, just floats around on my computer and never really sees the light of day. This is a piece that I wrote last year at the beginning of the pandemic. I was lucky enough to be spending a lot of my time pottering in my garden and enjoying the amazing weather that made the first lockdown seem bearable. I was reading a book called Rootbound, which was about a young woman who’d discovered the healing qualities of gardening during a difficult time in her life and it made me reflect on my own love of gardening and how I came to discover its healing qualities in my twenties, when I was a little bit broken too…anyway, here it is, have a little read if you like…

We viewed the house at the end of the Autumn. The clocks had changed and the days were getting colder and shorter. We were newly married and had just left London for jobs and a different life in the West Country. A decade or so of house shares and tiny flats was drawing to a close as we set our hearts on a whole house of our own.

Standing on the back doorstep of the house that Mike and I thought we might buy, I watched as he walked down a narrow and long strip of grass. He returned to say there was a shed at the bottom of the garden and enough space for him to have a small vegetable patch. I took his word for it and returned to thinking about potential colours for the living room and where we might put Mike’s piano. I ran up and down the stairs a few times, shouting to Mike that we might own these stairs soon.

A month later, and with Christmas just around the corner, those stairs, and the whole house, were ours. We brought with us a sofa, a chair, a piano and a fridge. We slept on an old futon mattress as we didn’t own a bed. We ate fish and chips off our knees on the living room floor. We left to visit parents for Christmas and returned a week later armed with paintbrushes, a ladder, and things to build shelves with.

By April we had painted rooms, lined the walls with our books and had finally bought a bed. We spent our weekends exploring our new piece of the world, revelling in the tree-topped hillsides and endless canal tow paths that seemed to be entwined with the more familiar sights of a city. I don’t have any memory of the garden from this time. We worked all day, went out in the evenings and walked every inch of our new, smaller, greener city at the weekend.

The days got longer and warmer and a week of nausea and dizziness ended on a bank holiday with a positive pregnancy test and an afternoon lying silently on our bed together being completely overwhelmed at the day’s discovery. As the daily sickness took over my world, our weekends of exploring became less appealing and we finally spent time in our new garden. Our parents visited and recited unfamiliar names of shrubs and plants in the borders. They nodded their approval of the south westerly aspect and offered tips and advice as Mike dug a vegetable patch and planted potatoes and runner beans.

Our neighbours passed old garden furniture that they wanted rid of over the fence. Mike slung a hammock between a solitary silvery looking tree and the post which held the washing line in place. I laid in it while Mike gardened and revelled in these moments of rest when I wasn’t commuting or working or feeling unwell.

As the clock change came around again I was tired and ready to not be pregnant anymore. In two months time we would be parents and we spent those remaining weeks working, scouring baby books and attending antenatal classes.

Just before Christmas, and three weeks before he was due to be born, our baby made his way rather dramatically into the world. There were moments of danger and distress and long days of intensive care before we were allowed to take him home. It was snowing when we did and the following weeks were freezing and dark. We stayed indoors believing we would never sleep again.

As the Spring rolled around again our baby cried most days. His skin was ravaged with a severe form of eczema and he was so sore and so difficult to care for. For the first time in my entire life I slipped slowly and steadily into a deep chasm of depression. I felt separate from friends, from family, from Mike and from our baby. I dreaded each day and the screaming it would bring. I cried every time that I was alone, afraid that everyone might discover how sad I was and how much I was hating every minute of this.

In May I was handed a leaflet asking me if I was enjoying being a new mum. It said that some mums found things difficult, especially in the first few months. It suggested coming along to a mum and baby group that was starting the following week. There was an email address and a promise of cake and coffee and creative activities.

This insignificant looking piece of paper, handed to me at a cafe in a church hall, turned out to be a tuning point. For six weeks I went along and spilled my guts, eating cake, drinking coffee, and talking, while we fiddled with paint and plasticine. Having a safe space where we were not just allowed but encouraged to be honest about our experience of early motherhood enabled me to talk more openly with those around me about how I was (or wasn’t) coping.

And then a phone call in June pulled the rug from under my feet. My closest friend had died. Without warning a bleed on her brain took her away from us in the night. She was 31 and had a daughter aged four. My reaction verged on the hysterical. The loss felt deeper than anything I had experienced before and I sat dazed in the garden, rocking the baby to sleep in his pushchair.

The funeral was more devastating than comforting. They say this is often the case when young people die. I returned on the train unable to stop the tears, unable to answer the strangers who asked if I was OK. It was a Tuesday, and on Sunday all of our friends and family would be arriving at our garden for our little one’s Naming Day celebrations.

I wandered aimlessly into the garden when I got home. It was still light, the longest day of the year was almost upon us. The garden looked like a place that had not been loved or cared for in some time. The vegetable plot was empty this year and the lawn grew up to meet the hammock, still hanging where we had left it last summer.

I wandered down to the shed and rummaged around until I found various garden looking tools. I knelt at the base of the hydrangea, the only plant I knew the name of, and I dug and dug at the weeds that grew all around it. My digging was frenzied and it wasn’t long before it was accompanied by my now well rehearsed silent crying. I was so incredibly sad, so unbelievably lost.

The following day I dug again. The baby grumbled in his pushchair and finally was quiet. I discovered later he had managed to pull a low-hanging branch down from the tree and was busily examining the leaves and the bark with his mouth. By Sunday the garden looked better and the sun blazed. Mike bought a gazebo and we all sat under it, drinking tea and fizzy wine, and eating cakes and quiches. It was a happy day and everyone hugged me and told me how nice I had made the garden and how sad they were about my friend.

The summer marched onwards, July blazed in heat and the hospital consultant gave us new creams to try on our baby’s skin. He cried a little less and I did too. We bought a navy blue picnic blanket and laid on it under the dappled shade of the silver birch tree. Some days we didn’t even bother getting dressed. I filled the planters that had been left by previous owners with herbs and flowers. I bought the baby a little watering can and a bigger one for me.

When Spring rolled around the following year my 15 month old boy could, amazingly, walk and talk. His skin was so much better and so was I.  We bought wellies and pottered around in the garden together. We planted some seeds and thought about the vegetable patch again. We laid in the hammock and read books about hungry caterpillars and men on the moon. We planted a buddleia because someone told us that butterflies like those.

In the Summer, Mike and I talked about having another baby. We planned a bigger vegetable patch, a chicken coop and a sand pit too. We made all of these things happen and more.

And now, 15 years later, we live in a different house, with a different garden, and all I remember about our first home, the one I bought without even looking outside, is its healing garden haven, and the time we spent in it.